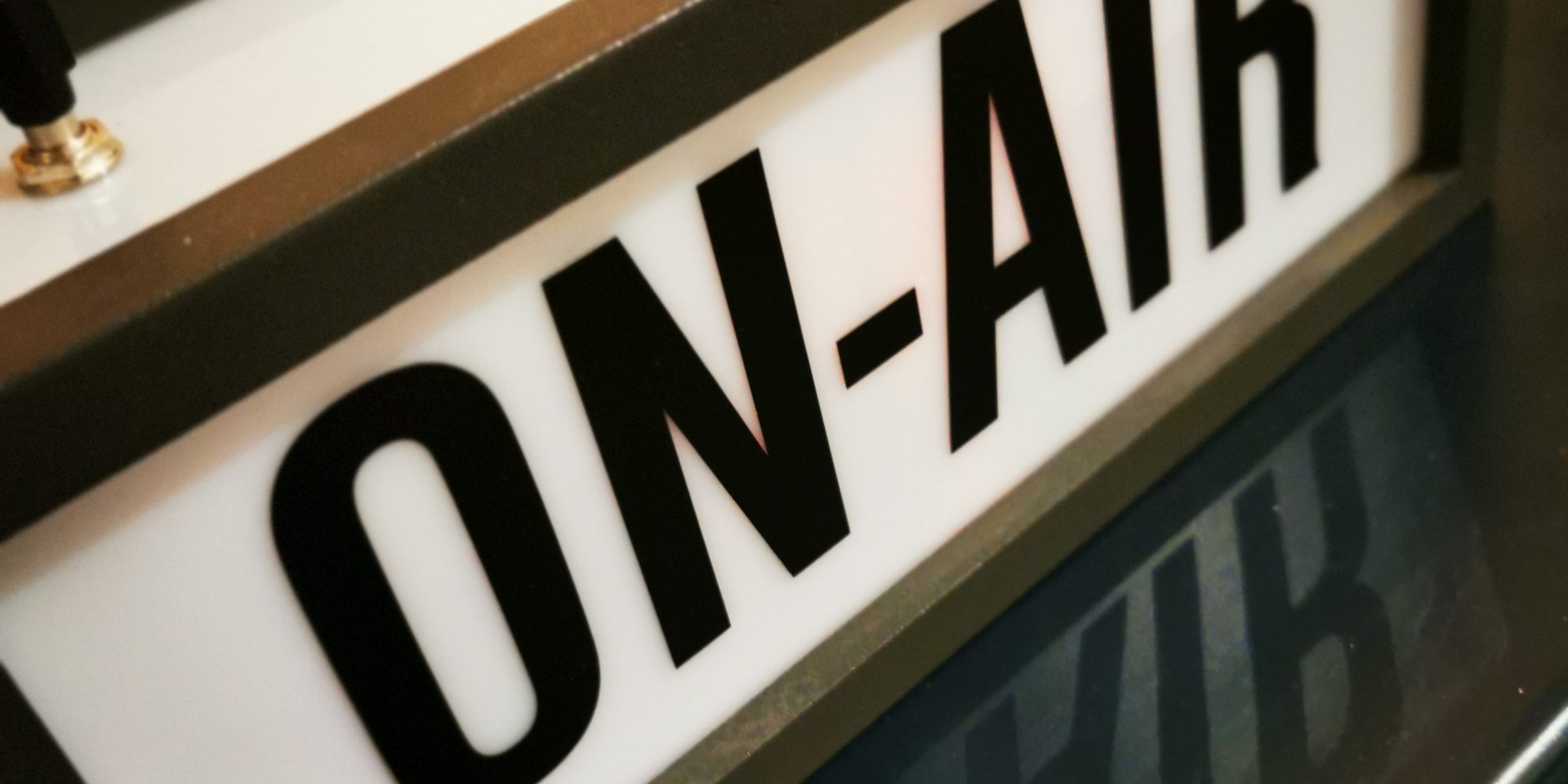 The power of language diversity in video production

Did you know that 20% of the world speaks English? That’s 1.5 billion people. However, of those, only 360 million are native speakers. 18 countries have English as the predominant language spoken, but – interestingly – there are a further 35 countries that cite English as their ‘official’ language even though it is not spoken by the majority of people therein. In Europe, 13% of citizens speak English as their first language (coming mostly from the UK, Ireland and Malta), and 38% of Europeans say they know enough English to maintain a conversation.

Are these mere pieces of trivia, or are these facts that make a real difference to the way you do business?

We believe the latter.

The way that language impacts our lives cannot be understated.  Language is fundamental to our sense of identity and our ability to express ourselves. If you speak a second language, you know that so much changes when you engage with people outside of your mother tongue – having effect on things such as your ability to portray technical expertise, the confidence you express, or the humour you use. Operating in a second language can sometimes make you feel like a stranger to yourself. And even for completely fluent second language speakers, a day spent thinking and talking outside of your mother tongue can be exhausting.

This means that a huge range of potential customers are occupying a very small corner of the internet, and are going woefully neglected by content producers who think ‘oh, enough people speak English, that’ll do’ .

Fortunately, the world is starting to get wise to this as more and more products and producers recognize the importance of multi-lingual offerings. So how can you make sure you’re catering to as many markets as possible in your video creation?

WebClip2Go has always recognized the importance of language – accuracy, clarity and fidelity to meaning are vital qualities of the written and spoken word, whether they are delivered in a first language or a second.

This is why we created a unique system for subtitling in our WebClip2Go system – because to us, the conventional methods just don’t hack it. They’re inaccurate, often cumbersome, and really inflexible. And this means that when it comes to generating translated subtitles, the results are often even more sub-par. We saw an opportunity to do things differently.

So how is our system different?

Well, we could tell you a million ways in which the WebClip2Go system differs from traditional video production – turning the notion of traditional workflow on its head to fundamentally streamline the way that videos can be made. We’re not exaggerating – what used to take companies hours to produce can now be reduced to fifteen minutes with the WebClip2Go system, whilst actually delivering an even higher level of quality in the finished output.

And the main thing – this is achieved without a crew! It’s you, a laptop and your studio equipment (which can range from a mere skeleton setup to the full kit and caboodle). People with no expert video production knowledge can be up and producing professional quality videos within half an hour. Imagine how that can transform the working day of a university professor. Or a technical expert looking to produce software tutorials. Or a product sales executive.

The WebClip2Go has a teleprompter so that you can present your production by reading from a script. So far, so much the same as many video production suites. But where our difference lies is how you can integrate your PowerPoint presentation seamlessly into the production process. Your PowerPoint becomes your entire video: it’s your script, your structure, and your edit!

To be clear, this isn’t just a case of having a presenter deliver their speech in front of PowerPoint slides that appear behind them. There are systems that exist which do this – and that’s just fine, but WebClip2Go delivers a final output that is far more sophisticated, whilst being far more simple to use.

In essence, the act of creating a PowerPoint presentation becomes the process of controlling the entire workflow of the video edit – without the content creator even being completely aware of it. In the process of adding and labelling slides, the content creator is in fact implementing source switching, graphics, and video effects, as well as setting their in-studio prompts. All of these elements have been preset to meet the needs and style of the desired video, so the PowerPoint creator simply uses slides to ‘trigger’ these video actions – therefore delivering a final production that contains everything the viewer would expect from a compelling video.

The benefits of this are firstly that if you can work with PowerPoint, you can make a video. No specialist skill needed. Secondly though, you’re massively decreasing the number of steps in the workflow and reducing duplication of effort. Quick, simple, effortless.

Go with the flow

With the base structure of the video set in no time at all – all through a quick PowerPoint file, it’s time to deliver the presentation to screen – with the WebClip2Go system automatically slotting in the segments to the video as they are recorded.

Even here, the WebClip2Go system has functionality not met by any other system on the market. As you begin to present your script for the video, the teleprompter listens to your voice and, using voice recognition, follows along – ensuring that your script appears in time with your natural pace, rather than rushing you or falling behind. Through the application of Machine Learning, your words control the entire flow of the production!

From here, you can upload your video to your preferred distribution channel (such as YouTube) and the teleprompter script is uploaded directly from WebClip2Go as well. The great advantage of doing things this way is that if you have made changes to the teleprompt script as you have worked on the production, these changes will automatically be moved to the subtitles that you embed through YouTube. All too often, video creators upload their original .txt script as subtitles, forgetting that during filming they changed their content around – resulting in a confusing mishmash of text and speech that doesn’t match. A nightmare!

Doing things the ‘old-fashioned way’ becomes even more challenging when you try to translate your production. YouTube can auto-capture your speech and make its own subtitles (which it can then auto-translate), but the accuracy levels of this are still… undesirable: mistakes normally range from 30% to 40% when recognising common languages, and an error gets closer to 50% to 60% if scientific language is used. Less than ideal.

However, using the WebClip2Go method ensures that this error rate falls to 0%, and exactly matches the script that was followed for the final production.

The upshot of this all is that with WebClip2Go, the captions you generate – and the translations that you run from them – fully satisfy viewers who want to engage with your content in their own home language. What’s more, the system allows you to generate thumbnails on the fly whilst recording from any portion of the video that you want to, so you aren’t restricted to the three random and unhelpful thumbnail options that YouTube provide. This makes your video instantly more attention grabbing and accessible!

The true value of language

Our multilingual background gives us particular insight into the subtleties of conducting business in a second language; as a natively Dutch company working mainly within the Benelux region and expanding quickly beyond into other parts of Europe, we find ourselves juggling languages like a clown juggles flaming knives! Language affects the way that business is done, and linguistic flexibility is key.

So offering mistake-free subtitles and translated content can really be the difference between the success and failure of your production – and your business. In the educational context, video content is already hugely beneficial for second language students, since they can slow down playback and engage with the subject matter at their own pace. Add to this the additional support of their own language in subtitle form, and you have an educational aid that is second-to-none.

Alternatively, in the retail and software support field, providing accurate subtitling in alternative languages hugely increases the extent to which the customer can truly engage with your content and take benefit, and it also improves the goodwill relationship between you and the viewer, making them feel valued, cared for and respected.

Ultimately, the WebClip2Go system allows you to achieve a more polished production, with greater accuracy, in a much shorter space of time, for a lower cost and without any need for specialist editing ability. That’s an idea that makes sense in any language!