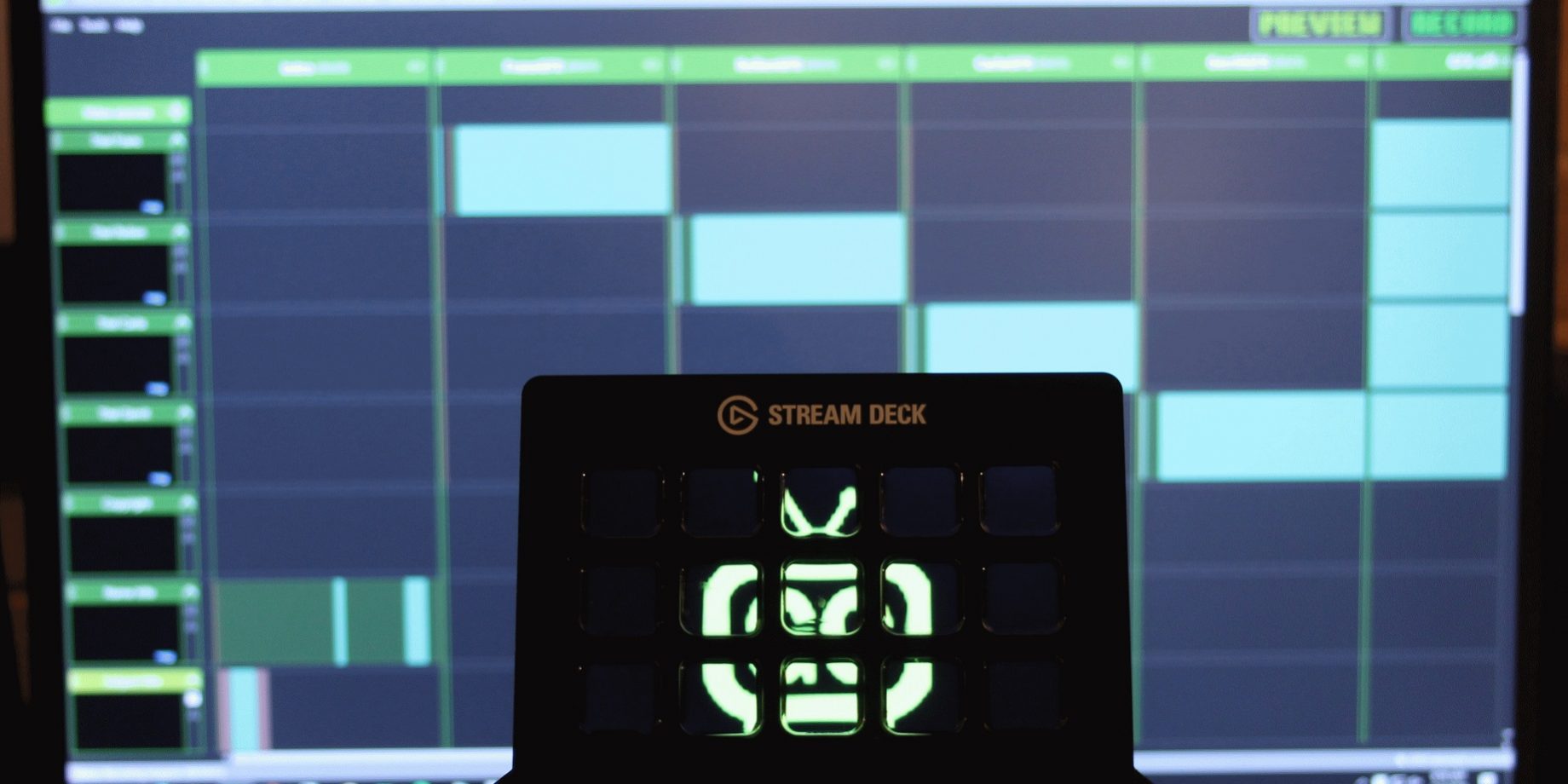 WebClip2Go – a division of Burst Video – have today announced the introduction of Stream Deck that adds live-switching to their already unique video production suite. Furthering their goal of making video production fast, intuitive, cost-effective and thus available to all, the live switching system now adds additional levels of flexibility and widens the potential of the production system as a whole, making it perfect not only for scripted, presenter-based content, but also for live streaming and interview-style productions.

The original WebClip2Go format turns the video creation process on its head, simplifying editing components and moving them to the front of the workflow so that they can then be deployed in multi-use batches. This involves ‘pre-creating’ scenes – in which all of the graphics, titles, effects and transitions have already been set. These scene templates are fully customizable. The presenter then need only enter the studio (which can be installed in a space as small as 6m²) and deliver to camera according to the prompts they are fed. The video is ready instantly.

In essence, with the traditional WebClip2Go system, the editing is done beforehand, with no need for post-production – meaning that the templates can be reused again and again, with new to-camera content being slotted in as required. The time saving for subsequent video creation is therefore significant, because there is no need to edit each new creation individually. The order, deployment and script controlling the templates can even be managed through the creation of a simple PowerPoint – making the production process available to absolutely anyone, with minimal training.

The new live switching module maintains this commitment to avoiding post-production processes, but facilitates even more flexibility than ever before. The live switching device allows for the presenter/video producer to trigger the scene elements at will (rather than pre-determining them), and exercise an even greater level of control over how filming progresses, as it progresses.

The rationale for the avoidance of post-production processes in the WebClip2Go system is that it is this part of video production more than any other which is prohibitive to ‘democratic access’. Editing is often time consuming and can become an immensely complex and involved process, often requiring specialist knowledge. The WebClip2Go philosophy is based on the idea of making video production available to all; making it quick, intuitive and as automated as possible – and this is achieved by frontloading the production process with simple-to-implement edited templates. Not only does this mean that videos can be produced in just fifteen minutes, but also that anybody can learn to create videos with just an hour or two of training.

The Stream Deck unit itself constitutes an Elgato Stream Deck controller, available with 6, 15 or 32 fully configurable buttons. These buttons can be set to perform a multitude of video functions; they can load a pre-set scene (with its graphics, content, audio and transitions already set), they can perform simple functions such as play, pause and record, they can overlay graphics and effects, and they can switch between cameras in a multi-camera studio setup, or in order to access a remote camera input. These functions represent just a few of the ways in which the live switching system can be customized to suit the user.

The button setup is designed to maximise utility, intuitiveness and usability in a number of ways. First and foremost, setup is essentially plug and play, with the process of configuring each button a case of straightforward menu selection. Each button can be loaded with a graphic of the user’s own choice (loaded as a thumbnail from the computer) – making the button’s function instantly identifiable. In addition, when features have been triggered by a button which preclude the use of other buttons, these buttons turn grey until they are available for use again – thereby eliminating the potential for the user to make a mistake in switching.

“We didn’t really want to integrate live switching until we were confident that we could offer something meaningful with it, and I feel we’ve achieved that with Stream Deck. The format of WebClip2Go is very special in the way that it makes the production process easy and intuitive, so it was vital that any live switching functionality we added also embodied simplicity and usability, whilst maximizing functionality “ said Gerrit Bulten, CEO of WebClip2Go. “One of the key advantages of the new live Stream Deck is that it works brilliantly in environments where the precise content of the video is less predictable or cannot be formally fixed in terms of script beforehand.”

This, combined with the fact that the WebClip2Go system renders output in real-time, means that the system becomes particularly suitable for interview-style videos, live streaming and webinars.

In addition though, when the WebClip2Go system is combined with the Stream Deck and is used to create live streams, three separate videos of the production are still recorded to disk – the composited live stream itself and any two additional sources. This means that the video can be post-edited after the original broadcast, in order to create a permanent record of the stream that eliminates any slip-ups or glitches that are often an inevitable consequence of delivering to camera live.