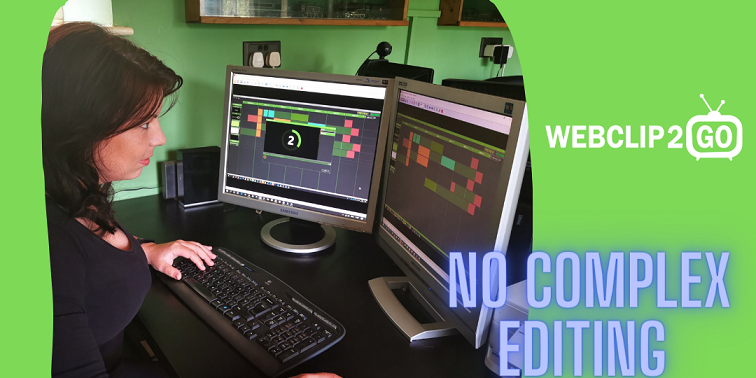 Collaboration in the world of WebClip2Go

In this month’s blog we examine how WebClip2Go’s popularity is beginning to foster an eco-system of likeminded educators who are getting more out of the system then we ever believed possible.

One for all and all for one

At WebClip2Go, we’ve observed for a long time that there’s a change afoot. The cutthroat days of business competition are slowly giving way to a new mentality; collaboration. And rightly so, we say. Competition undoubtedly has its merits – it can cause us to strive and push beyond our comfort zones, but it’s not always the most efficient utilisation of resources. When we work together a special kind of synergy arises; our creative vision builds on the ideas of others, our motivation gains energy from the enthusiasm of our collaborators, and our outputs increase – potentially exponentially.

With a huge part of WebClip2Go’s market being that of education, that’s particularly important. Better products and processes in the field of education benefit everyone, because effective education is an investment in the future, and an investment for all.

So this is a thought that’s been on our minds as WebClip2Go has penetrated more and more of the education market – both in the Netherlands and further afield. Because as more and more people begin to harmonise the systems that they use, then the potential arises for them to become more collaborative in the way they use it, and thus, eventually, gain more from it than even we had initially hoped.

In order to understand how this collaboration can occur, it’s first necessary to have a basic grasp of the basic principles of WebClip2Go.

Once-upon-a-time, creating a video was a complex process of writing a script, delivering to camera and then – crucially – spending hours editing it. Not only was the process hugely inefficient, but it also required quite a lot of specialist knowledge about how to use the (very expensive) software and hardware. Ultimately, for teachers who were already overloaded with lesson planning, delivery and an endless stream of grading and marking, it was prohibitively time consuming and inaccessible.

Which is a real shame, because video carries with it so many potential advantages; it can be reused again and again, thus saving teachers and professors a lot of time and resources, and from a student perspective, videos can be accessed anywhere, anytime, and worked through at the student’s own speed. They can also be adapted to tap into the learning styles of a much greater range of students.

Of course, the past two years have only increased the need for this kind of resource – and whilst we’re hopeful that the need will dissipate in the future (because we’ll all be glad to ‘get back to normal’ after the pandemic), we’re confident that the inherent benefits of video won’t be going anywhere.

So: what to do with the fact that video is a hugely beneficial educational tool, but its production process is entirely prohibitive?

Easy really – turn the production process on its head.

WebClip2Go essentially ‘front loads’ the video production process by getting the cumbersome, tedious task of editing out the way. It does this by creating templates. These templates contain all of the editing features already, and are entirely reusable. Maybe you have a title-screen template slide, or a text-heavy template slide, or one built specifically for graphs. Maybe you have one with an established transition, or piece of intro music.

Once these templates are created, the user (in this case, generally, a teacher), merely needs to select them from the catalogue and neatly slide them into their script. And best of all, all this can be done using PowerPoint, which every teacher in the world must surely already be familiar with. So in this way, there’s no new complex technology to get to grips with.

Then, the teacher simply enters the studio and delivers to camera. The pre-set script plays out on a teleprompt  including the PPT notes as prompter text for the teacher to follow, and the video elements are integrated into to video as the teacher presents. It all happens in real-time. What results at the end is ready to go, no complex editing needing.

As you can see from the process, it’s all about the templates. These take the hard work of editing, and compress it into a tool that can be reapplied again and again and again. Where normal editing requires you to repeat the hard work every time, WebClip2Go takes that hard work, simplifies it, and perhaps most crucially, means it only has to be done once. Minimum input, maximum return.

So where does the idea of collaboration come in?

Well, WebClip2Go still requires some input – at least in the initial stages. As we said before, the ‘cleverness’ is all in the database of templates that is assembled at the outset. When these templates have been established, then teachers are readily able to output videos in a mere matter of minutes.

But we acknowledge, setting up these reusable templates might take a little longer. It’s still far more intuitive and speedy than the traditional editing process, but it requires a small amount of upfront investment, timewise (one that pays off ten-fold in the future).

And it may not be an undertaking that plays to everybody’s strengths. Not everybody is born with an inherent graphic design talent. Some teachers might still use… *whisper it* Comic Sans in their presentations… Or they might simply not be sure how to make their templates visually engaging and professional polished. And some institutions may not be in a position to devote one person to the creation of templates for their staff base.

What we’ve seen start to develop is a process of resources sharing and specialisation. Some educational institutions are outsourcing the creation of their templates to design professionals – especially in cases where something very specific is needed, or where teachers want to develop a unique template style that gives their lectures a kind of ‘brand identity’. In other cases though, teachers – and even whole institutions – are sharing their template designs between themselves, maximising the range and variety of creative content and design that they can use.

And of course this sharing doesn’t just have to be limited to the underlying templates that teachers use – it can extend to creating fully collaborative finished resource libraries, or distributing studio time more effectively for institutions that have different-but-compatible usage demand patterns (i.e. one school has high weekend and evening demand, the other is constantly busy between 9-5: now they come together and have double the studio capacity). Really, the possibilities for collaborative work under the WebClip2Go banner are endless.

As a result, both the quantity and quality of WebClip2Go resources is growing at a fantastic rate – multiplying through collaboration and sharing.

So this is where we believe that there’s a real opportunity to create a ‘WebClip2Go’ eco-system – a community of people sharing their WebClip2Go resources, knowledge, use-cases and ideas: multiplying their creativity, maximising their investments, inspiring and encouraging each other. And we’re looking for ways to foster and encourage this.

In essence, WebClip2Go is usable by everyone. But really maximising its potential and creating the best possible outputs will be best achieved by creating a community. Something that isn’t just true in the WebClip2Go world, but more generally across all industries.

If you’re currently working with WebClip2Go and either already have some great examples of sharing, or would like to get more involved with a community of users, we’d love to hear from you.