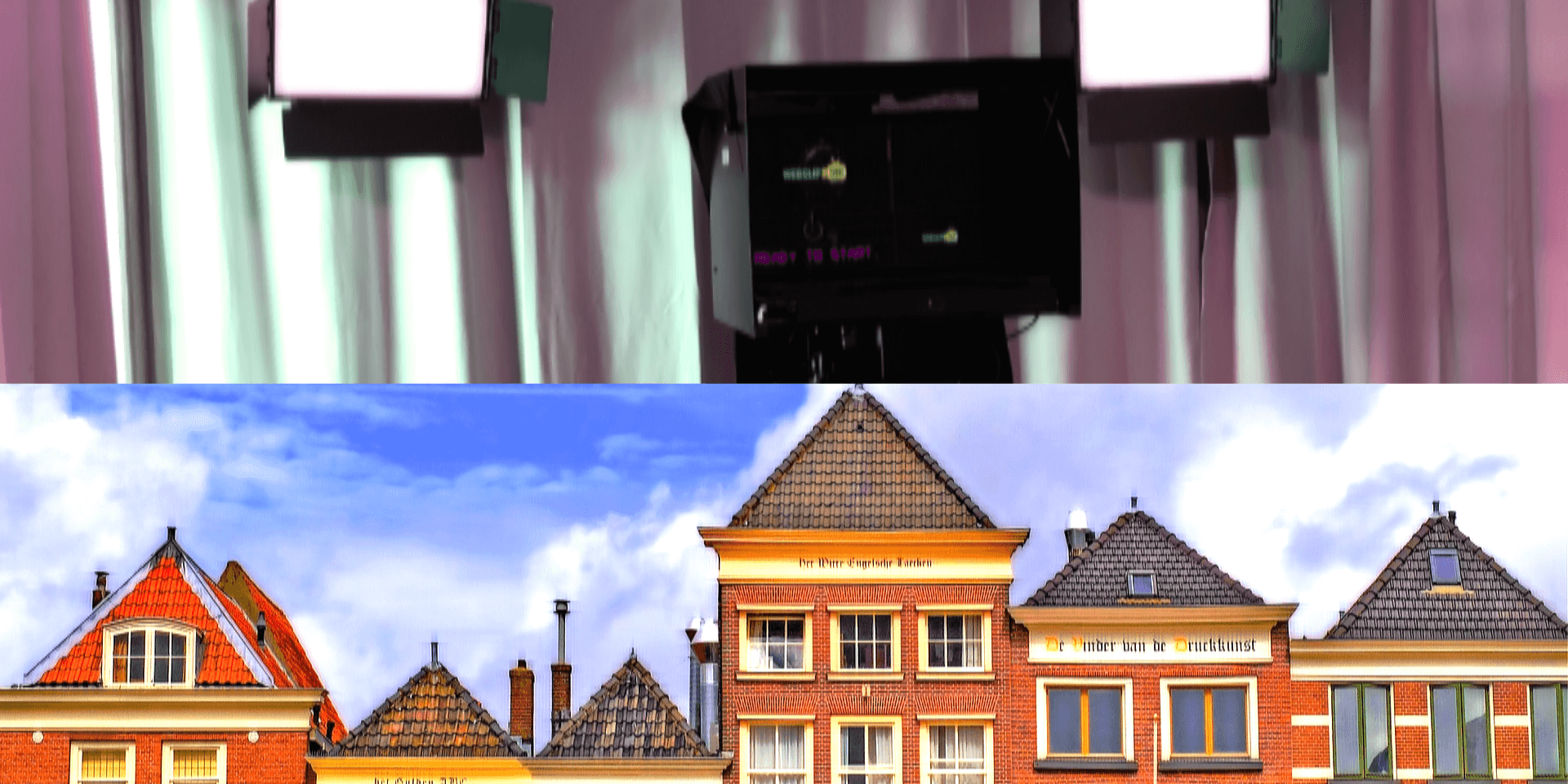 As Delft University increasingly moves into the delivery of online and remote learning content, it today announces acquisition of a fourth WebClip2Go system. Delft University have been using WebClip2Go as a means of educational video production since March 2019 when they acquired their first unit.

WebClip2Go is a completely unique approach to the production of presenter-based video content – turning conventional approaches to editing and filming on their head, and allowing non-professional users to create professional-level content. It is ideal for use in educational settings, allowing teachers to create online lessons that combine a variety of elements; presentation to screen, demonstrations, background slides, video, audio and transitions. Tutors need no more than a basic knowledge of PowerPoint to prepare the video template (with pre-programmed slides being used to trigger various video elements), and a space of just a few meters square for the setup of the studio.

With the success experienced using the first system – particularly in the wake of a year of lockdowns and distance learning for university students – Delft University were simply not able to keep up with demand for studio time so that teachers could record lessons. Expansion to a second and then third system quickly followed.

As well as allowing the university to meet capacity demands from tutors eager to make their remote teaching content more effective through the production of professional-level videos, Delft University also recognised that by locating studios around the city – and indeed, even in locations outside of Delft – this made them more convenient for teachers to access.

It was this which prompted Delft to move towards acquiring a fourth system, now giving them three systems located within Delft, and one in Amsterdam. Unlike a traditional studio setup, which would be too expensive and cumbersome to install in multiple locations, the versatile, condensed nature of WebClip2Go means that teachers can access studios located within their own building, rather than having to travel to a centralized location.

Moreover, the convenient way in which teachers can prepare their presentations – using PowerPoint to program both content and video elements – means that the majority of the work can be completed at home, with in-studio time limited to only the time it takes to deliver the presentation to camera. Because of the nature of WebClip2Go, that is most commonly a one-take affair. As such, by limiting how far staff have to travel, and facilitating the majority of the production process at home, WebClip2Go is contributing to the on-going safety and well-being of staff members during the pandemic.

The introduction of a fourth system means that Delft now have the capacity to extend studio use to students as well as teachers. The benefits of videos in terms of delivering content to students has been well established, but now students can explore new skills and a greater range of learning styles by delivering learning outputs through video, rather than the more conventional – and restrictive – essay format. Students have also used video production as a means to engage in extra-curricular activities ( such as presenting their projects to other universities); including fundraising and awareness campaigns.

Speaking of the benefits that the four systems have brought to Delft University, Michel Beerens, Head of the NewMedia Centre at the Delft University of Technology said: “WebClip2Go has become more important to us than ever this year. Of course online conference applications have necessarily formed a part of our curriculum delivery, but this method is fraught with difficulties; especially for students living in houses where many learners and workers are competing for bandwidth at the same time. Connectivity issues are frustrating, demotivating and ultimately undermine the learning experience. Conversely, videos produced with WebClip2Go actively enhance the learning experience; allowing students to engage with the content in their own time, at their own pace, and in their own way. It is an absolutely key tool in our remote-learning arsenal.”

Commenting on Delft University’s acquisition of a fourth system, Gerrit Bulten, CEO of WebClip2Go said: “Delft University leads the way with the use of multiple WebClip2Go units, but they are joined by a number of other universities, including KU and UCCL in Leuven, Erasmus in Rotterdam, and Rijks in Groningen. I think these repeat purchases speak to just how effective educational institutions are finding WebClip2Go as a method for teaching –  tutors are clamoring to create content, and WebClip2Go makes it easy-to-do; intuitive-to-use, fast, inexpensive and capable of installation within existing university structures.”

About Delft University of Technology

Delft University of Technology (Dutch: Technische Universiteit Delft) also known as TU Delft, is the largest and oldest Dutch public technological university, located in Delft, Netherlands. TU Delft has been placed in the top 200 universities in the world by five major ranking tables. As of 2019, it is ranked in the top 20 in engineering and technology universities in the world. With eight faculties and numerous research institutes, it hosts over 19,000 students (undergraduate and postgraduate), more than 2,900 scientists, and more than 2,100 support and management staff. The university was established on 8 January 1842 by William II of the Netherlands as a Royal Academy, with the main purpose of training civil servants for the Dutch East Indies. The school rapidly expanded its research and education curriculum, becoming first a Polytechnic School in 1864, Institute of Technology in 1905, gaining full university rights, and finally changing its name to Delft University of Technology in 1986.

The main tasks include providing scientific education, conducting scientific research, transferring knowledge to society and promoting social responsibility. The university has been designated as a ‘public benefit institution’.