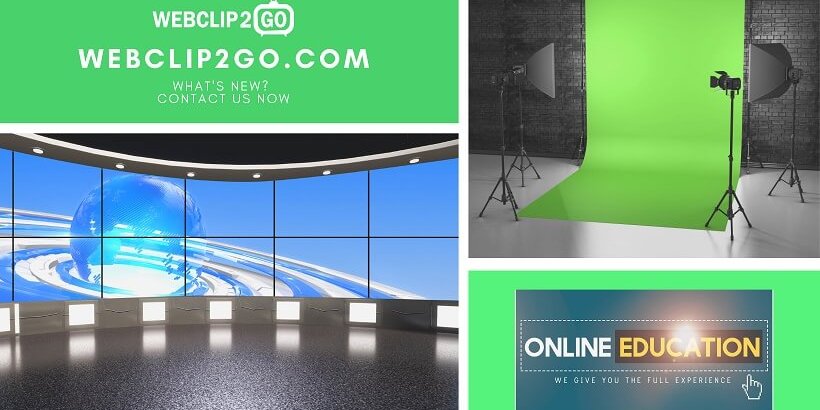 Coming of Age: WebClip2Go is evolving

Do you remember when Netflix rented DVDs through the post? Or when Amazon was an online book retailer? A somewhat lesser known oddity: Nokia used to make rubber boots.

It’s a cliché, but in a world that’s constantly changing, it’s vital to adapt if you want to stay ahead.

But that can be a difficult proposition for a company who have based their identity and ethos on a particular idea, concept or principle. And it’s a challenge we ourselves have faced recently…

We started WebClip2Go with a particular vision in mind; the democratization of video production. Once the preserve of those who had invested years in editing knowledge and huge sums of money in broadcast-level equipment, we instead designed a system that was self-contained, affordable and intuitive. By automating many of the headaches associated with editing and by reversing the workflow, we created something that delivered all the aesthetic values of a professional production, but could be used by people after just a few hours of training.

Our strategy was very much to deliver a system that provided a ‘one-size-fits-all’ solution for non-expert users – avoiding the mess of configuring complex systems, adding on extraneous equipment, or overwhelming users with unnecessary options.  We would leave the complex world of studio configuration and post-filming non-linear editing to the pros.

Well, there was a problem. We had developed a concept that was simply too good (yeah, I know, we’re full of modesty, right?). Our target audience loved the product and were achieving great successes – university professors, online retailers, corporate webinar producers were all using the system as intended, creating regular videos around templates that were built to fit their needs and make batch video processing more expedient. But so many people were seeing our idea and running with it – feeling out the new directions that it could be taken in. We’d attend tradeshows (back when tradeshows were a thing), and we’d frequently hear the line ‘Wow, we absolutely love what your product could do for us. Imagine how powerful it would be if you just added…’.

Up to the challenge

And of course, at WebClip2Go, we’re always eager to please. And not only that, but we ourselves were quite intrigued as to how far we could stretch the WebClip2Go concept; pushing its creative dimensions and the bounds of its technological capabilities. So these factors combined to make us hungry for the challenge, and we set about implementing the various customisations that individual clients were looking for. And boy have those configurations proved to be popular.

The net result is that we are still strongly committed to maintaining our core proposition; a video production system that can be used in a way that is self-contained, intuitive and accessible to all. But, in recognition that evolution and expansion is good not just for us, but for the market as a whole, we have decided to get a little fancy with what can be added to our core systems.

Here’s an idea of just some of those things:

First and foremost, we’ve expanded how those core systems can be accessed. One of our established configurations is the PowerPoint set-up, which allows the user to both program their video components (using established template elements) and integrate their video content simply through the creation of a PowerPoint presentation. This was already pretty groundbreaking in the fact that a user only needed to know how to use PowerPoint in order to deliver the content, script and effects of their video. Create a PowerPoint, deliver to camera, done!

But we’ve made that all the more accessible by facilitating remote control from an EU-Media portal, meaning the content a user creates can be moderated by a third-party, revised, and then delivered to the studio. Alternatively, with our new PowerPoint wizard, creators are still able to develop their content through the creation of a PowerPoint, but the aesthetic of the production is dictated already within the Wizard. Both of these options allow individuals to create and deliver content, but maintain an organization-defined look and feel, creating a consistency in brand and aesthetic.

On top of all the above, during the delivery-to-camera stage, when the teacher steps towards an electronic whiteboard, then the whiteboard content is also recorded – which can then be delivered as a picture-in-picture, if desired.

As retailers have recognised the value that comes with customers being able to see clothes in motion – on real, moving models – fashion retail has become one of our biggest markets. Resultantly, we decided to develop a fully automated catwalk to record fashion clips with no operator involvement. The model walks through an optic gate which starts the recording (and optionally starts playing music) and multiple optic sensors allow for angle change, the addition of USPs, altered lighting, and much more. At the same time, a Canon EOS can be triggered by the same optical gates to take still photography.

It doesn’t have to be models who trigger camera changes or effects – science can do it too! We’ve configured systems where each camera is triggered to record by various activators, even ones associated directly with the experiment results themselves (who’d have thought a single-celled organism could operate a video camera, eh?). On top of this, experiment data and graphics can be automatically overlaid – linking outputs visually with the experiment as it progresses.

This configuration gives a single editor and presenter unrivalled ability to select material from online sources and compose a news report as the story unfolds; matching the live production abilities of a studio newsroom without the expense of a full team.

This was perhaps one of our biggest transitions away from the ‘conventional’ WebClip2Go setup. Whilst our initial vision is based around predefining the steps of the production (setting each frame and scene from the beginning, before recording to camera) we recognise that not everything can or should be scripted. Spontaneity is often key – but how could we accommodate that whilst maintaining our ‘one person crew’ philosophy? With a bit of creative thinking, that’s how. The result is a live-switching system that can be discretely managed by the presenter or panel moderator themselves, giving full control over camera motion, graphics, overlays and music.

One of our more… unusual applications, but the perfect exemplar of how adaptable the system truly is. This configuration creates video reports of (police) interrogation with a video file from every angle in the room, with an output that cannot be tampered with. Crucial for ensuring that justice is carried out within the bounds of the law.

Whilst the core WebClip2Go unit delivers fantastic chromakeying capabilities in order to allow presenters to appear in front of content, WebClip2Go is now able to cater right to the highest level of broadcast through integration of the industry-standard Blackmagic Ultimatte chroma keyer, with a greater level of power, precision and control than ever before.

Many institutions need to keep the WebClip2Go system secure, since it will be accessed by numerous users. We have developed systems that can start-up and switch-off automatically, or when activated by a scheduled key-card. This means the WebClip2Go system can stay locked up and secure in an unmonitored location, and still be accessed by the wide range of users who are seeking to deliver content to camera within the studio.

So as you can see, we’ve been pretty busy. But despite some of these really-rather-cool innovations, our core premise remains the same; usable by anyone and significantly more efficient than traditional production approaches. Which means that we’ve been sure to keep everything streamlined and self-contained; none of these additions will clutter your user interface if you don’t need them – we keep everything slick, smooth and uncluttered, unencumbered by extraneous detail.

But if one of these configurations sounds like exactly what you need – then you can be confident knowing that we have those capabilities for you. Or, if you have something particular in mind, perhaps you could be the one to set us our next challenge?

Make video with the Powerpoints you already have!
May 16, 2022

Wishing you a healthy and prosperous New Year!
December 28, 2021

Collaboration in the world of WebClip2Go
November 18, 2021

How mindset change can make or break a business
June 17, 2021

Progress is like a Steamroller
December 19, 2020
Search
Latest Articles
Go to Top